About Us > Company Profile

Unicorn Stores (HK) Ltd. (formerly known as UNY (HK) CO., LTD.) was established in December, 1985. It opened its first store in Cityplaza at the Eastern District in 1987 with the mission of “delivering high-quality, sincere and courteous service of a department store from Japan to customers”. It later expanded the business to the Kowloon side in order to serve more people in Hong Kong. In June 2018, UNY Hong Kong was acquired by Henderson Investment Ltd. and officially renamed as “Unicorn Stores (HK) Ltd.” effective from July.

So far, Unicorn Stores (HK) Ltd. operates 2 GMS and 2 supermarkets, namely APITA in Tai Koo , UNY in Lok Fu, Yuen Long and Tseung Kwan O. It will continue to develop with the aim of being the most beloved department store and supermarket in the city. 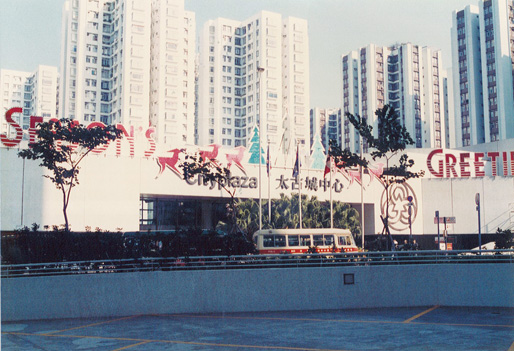 Located at Cityplaza in the Eastern district of Hong Kong Island, the first UNY in Hong Kong was opened on 12th June. It was also the group’s first overseas store outside Japan. 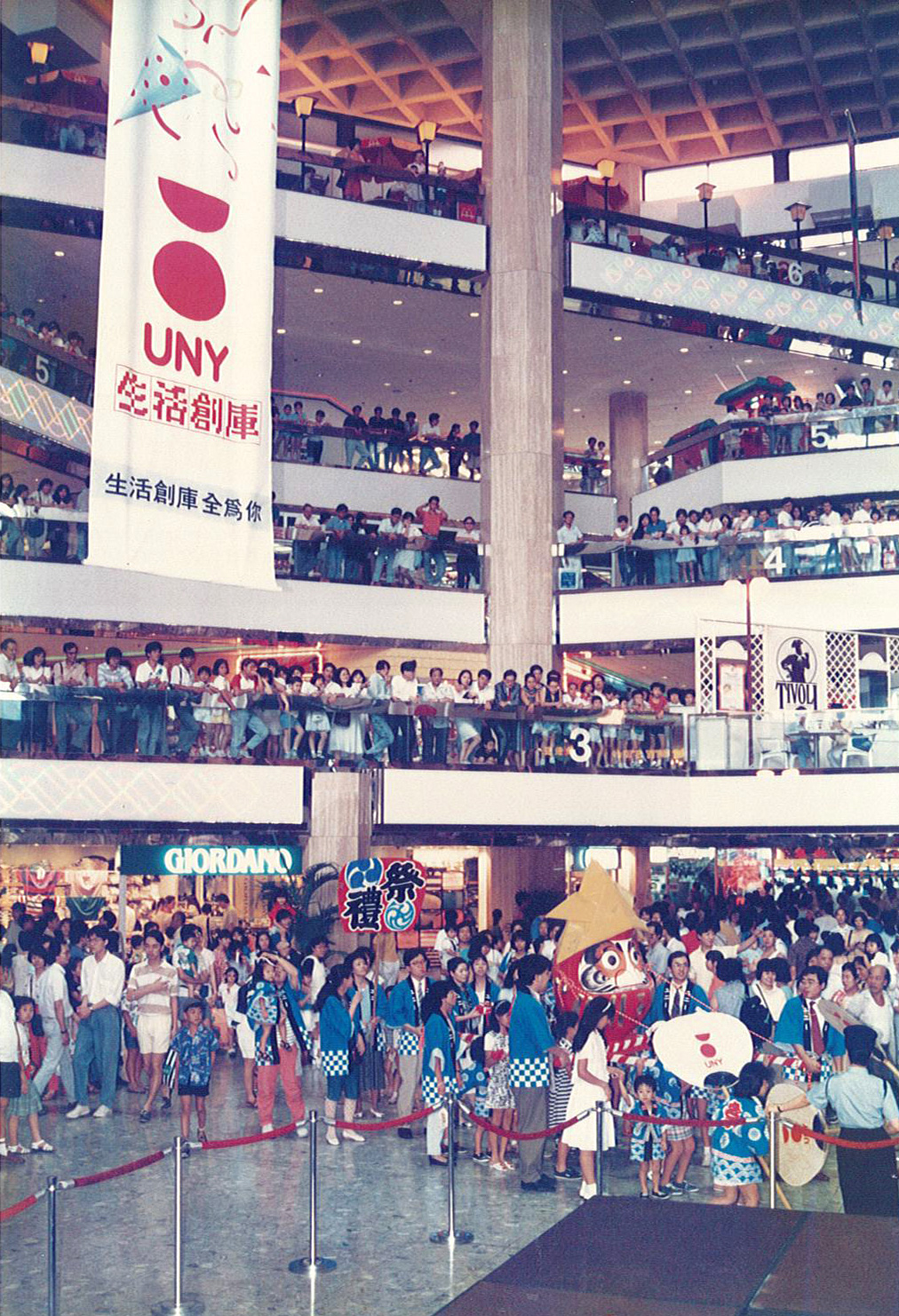 To celebrate the 1st Anniversary of UNY Hong Kong, a large festive parade took place at Cityplaza to share the joy with all our customers. 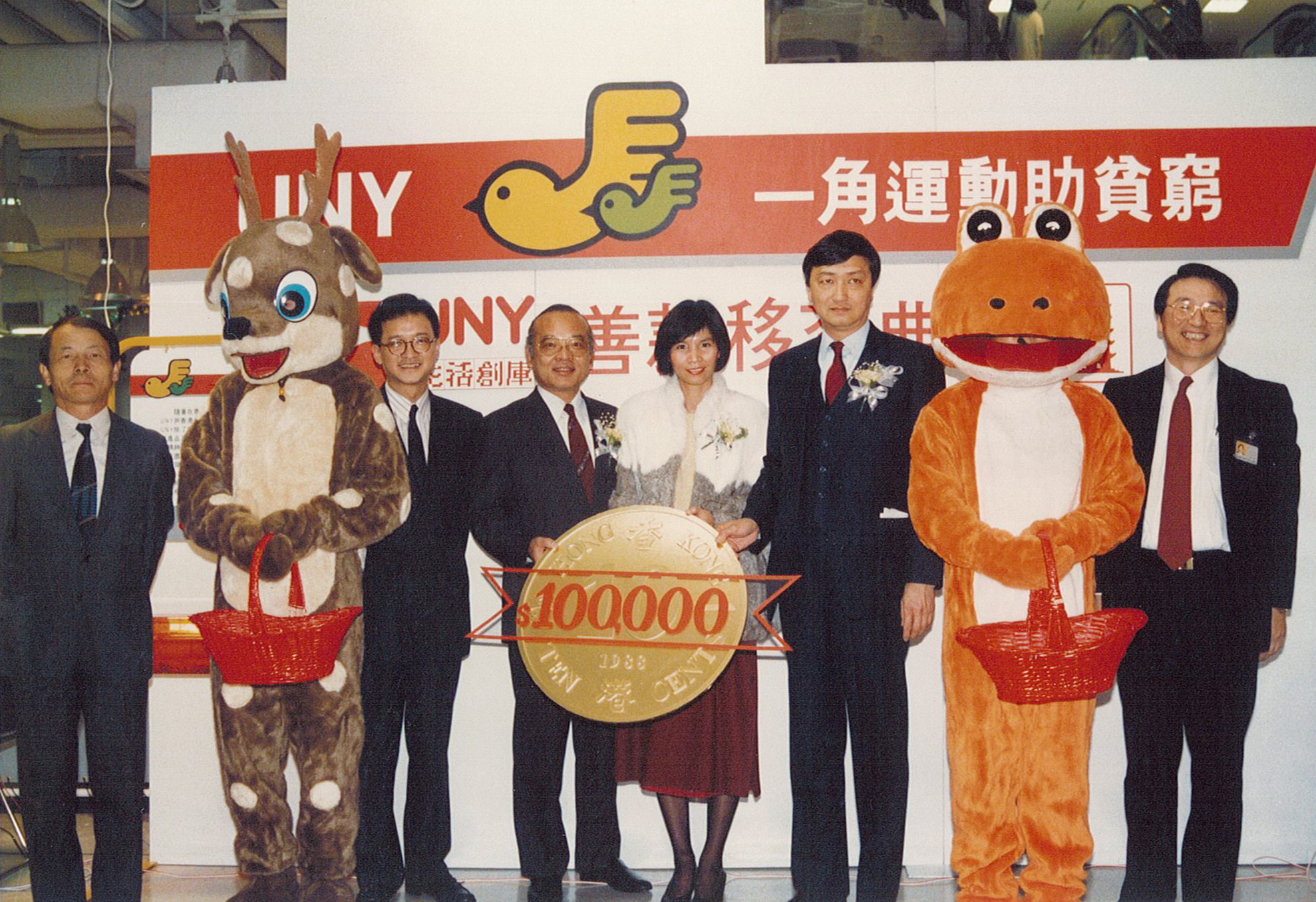 In order to contribute to the society, UNY Hong Kong launched “The Community Chest 10 cents Movement” in 1989. 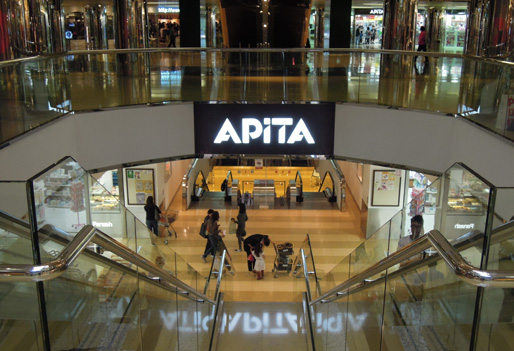 To celebrate its 20th Anniversary in Hong Kong, UNY at Cityplaza, Taikoo Shing, was renovated and rebranded as “APITA”. “APITA” is a composition of two Italian word, “apice (pioneer)” and “tasca (pocket)”, meaning “prophet’s pocket”. Just like APITA’s concept, we aim to create a shop which is like a pocket that fully stuffed with all the latest and trendiest information. 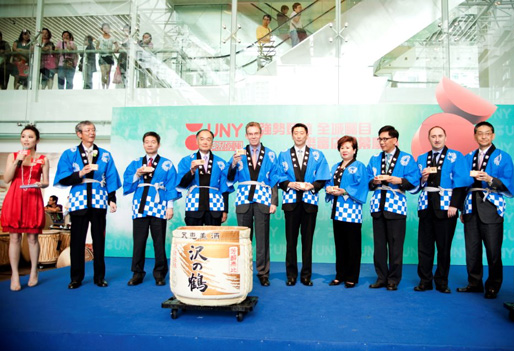 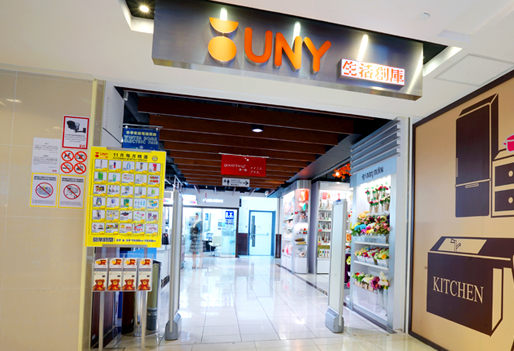 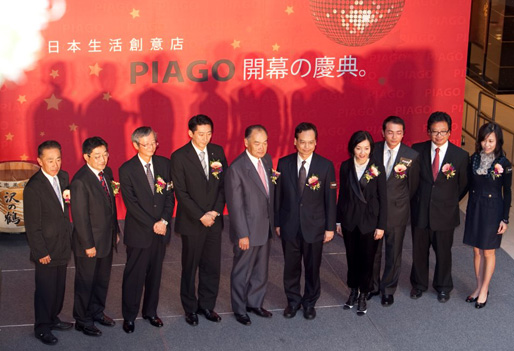 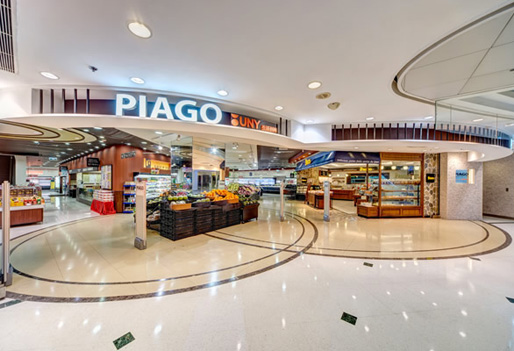 In June & December 2010, UNY at Lok Fu Plaza (later renamed as Lok Fu Place in 2016) and PIAGO at Telford Plaza in Kowloon Bay were opened respectively. 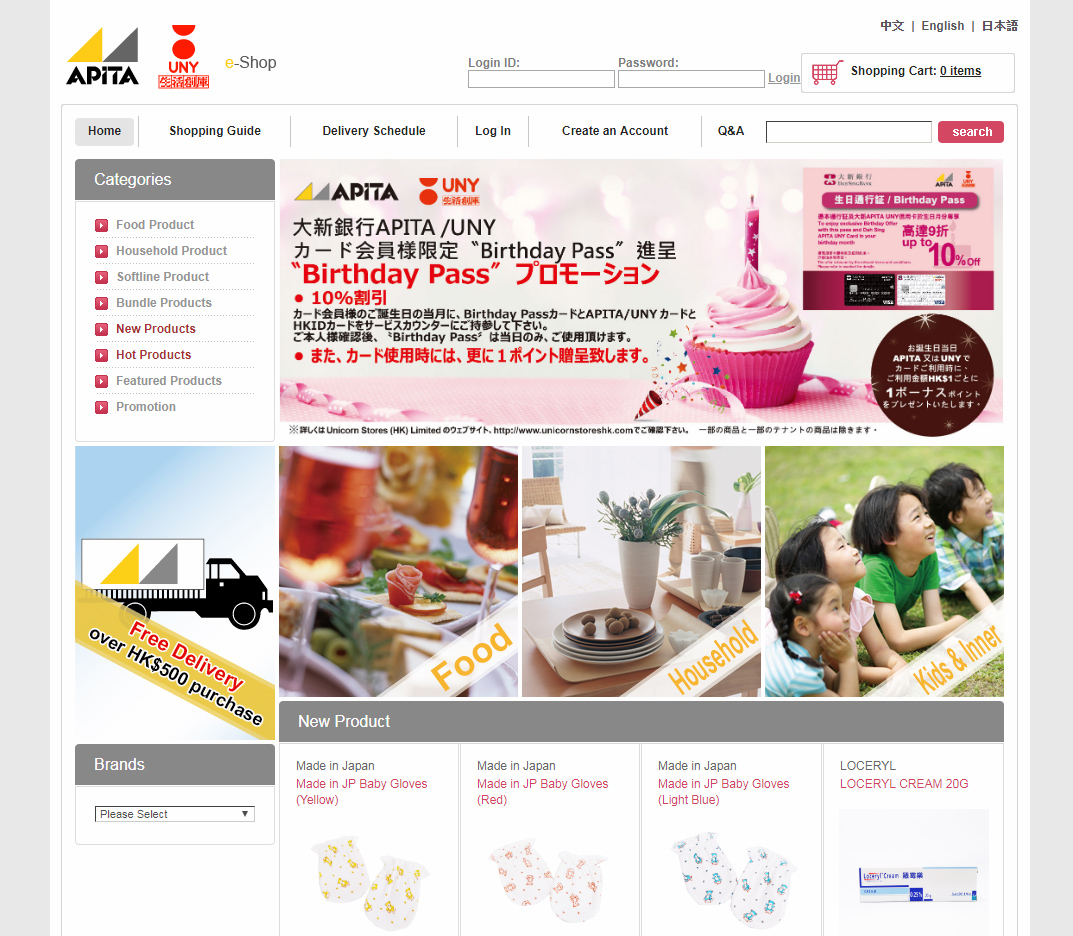 To catch up with the trend of online shopping, “APITA UNY e-SHOP” was born in order to provide a more convenient shopping platform to our customers. 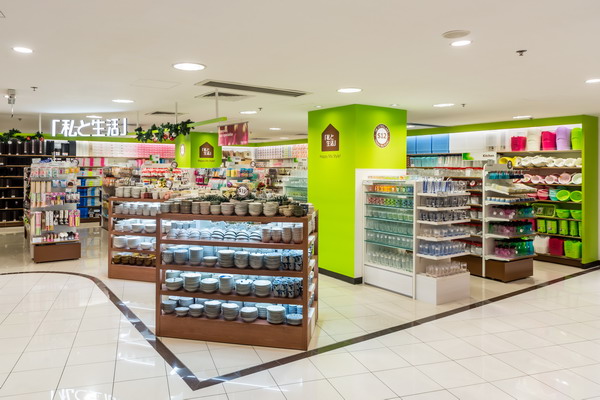 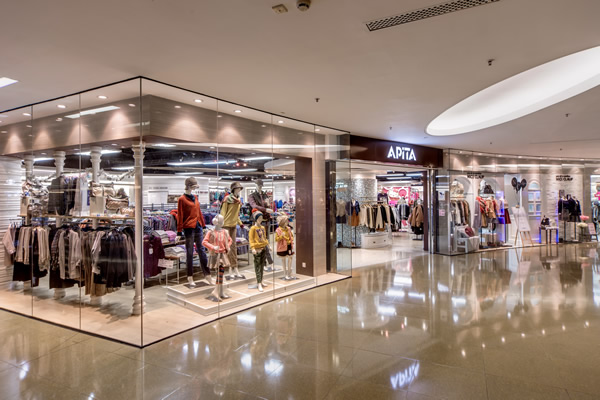 The company proceeded with an aggressive development starting with the refurbishment of APITA in 2014. In addition, we received high praise as 60% of our food products were imported from Japan.
Moreover, 「Watashi to Seikatsu」, a new sub-brand with a variety of goods sold at $12, was born in UNY Lok Fu in July 2014. 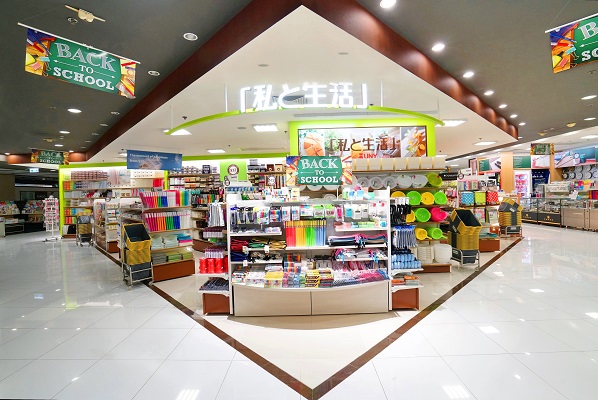 New branches of 「Watashi to Seikatsu」 were opened respectively at PIAGO Telford Plaza in Kowloon Bay in August and Provident Square in North Point in November. 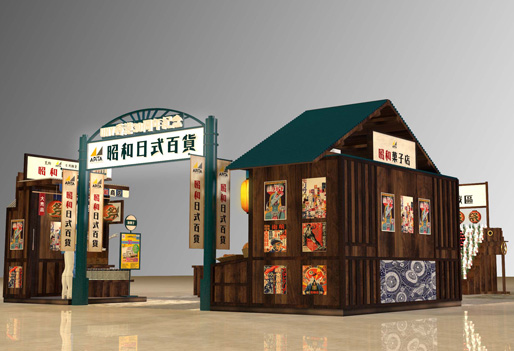 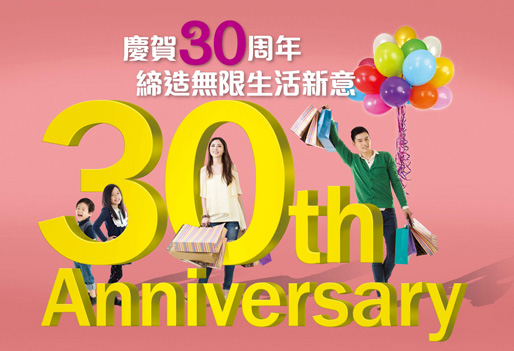 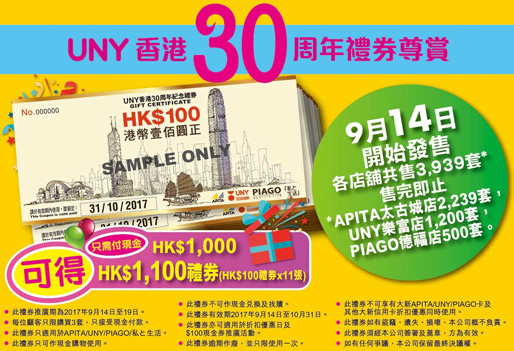 To celebrate the 30th Anniversary of UNY Hong Kong, a limited edition of $100 Gift Certificates Set was released twice during March and September. Due to overwhelmed demand, the gift certificates sets were sold out fast. Moreover, during the Anniversary Festival in April, “APITA Showa Shopping Street” was set up at Cityplaza. With traditional games and snacks stalls, customers could experience the old-fashioned style of Japan.

In 2018, UNY (HK) Co., Ltd was acquired by Henderson Investment Limited in June and was officially renamed as “Unicorn Stores (HK) Limited” effective from July. 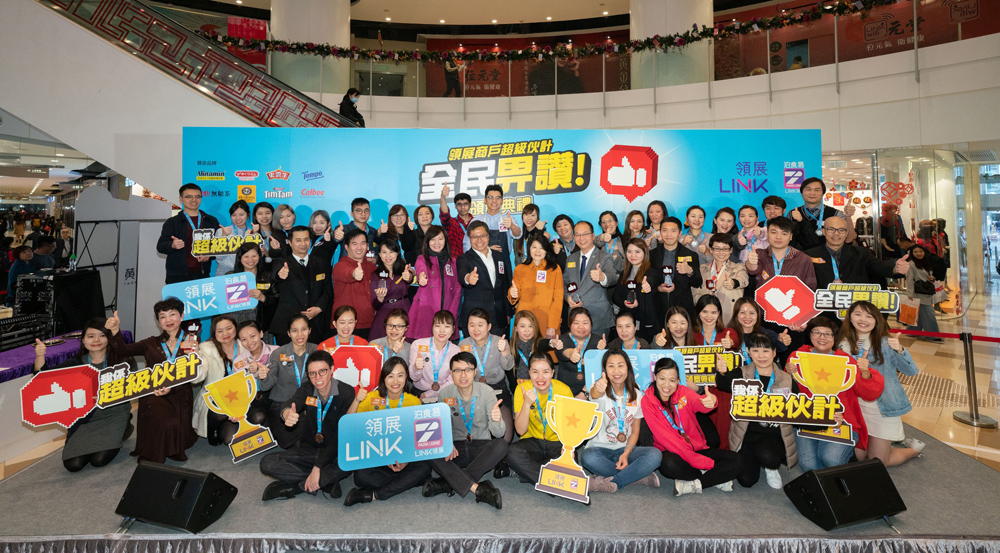 “LIKE Link’s Shops Staff” campaign was organized by Link Asset Management Limited, and was promoted during December 2018 to early January 2019 at more than 100 of their malls. The Awards Ceremony was held on 15th January. Letting public to vote for their favorite staff via a mobile app, the campaign finally received more than 86,000 likes, with nearly 1,500 shop staff and over 300 tenants participated. Our UNY store at Lok Fu Place achieved impressive results. We were awarded the “Most Liked Tenant Award” and had a total of 57 award-winning staff with more than 20,000 likes, nearly a quarter of all likes accumulated throughout the campaign. Moreover, our Store Manager, Ivy Lau, and Assistant Store Manager, Wendy Loong, both were awarded the “Most Liked Staff Gold Prize” by ranked in the top 10 with the most likes. It shows that customers were impressed by our service and it is encouraging!

Unicorn Stores (HK) Ltd. would like to invite all of our dear customers to join us by putting their change in the collection box at our stores after shopping. The whole amount collected will be donated to The Community Chest.